Recycling features from around the Zooniverse

At the Zurich workshop we looked at some of the already existing or in development zooniverse projects, to see what features we could borrow, copy or adapt in the lens zoo. There’s some useful bits and pieces we can recycle – see what you think!

One more consensus came out of the workshop: it’s great if a zoo website *looks good.*  There are some very talented designers working at the Zooniverse, who can help turn your ideas into reality. Keep them coming in the comments! 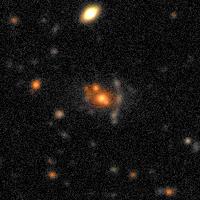